World Environment Day was celebrated with various students’ activities on 5th June 2017. Connecting People to Nature’, the theme for World Environment Day 2017, implores us to get outdoors and into the nature, to appreciate its beauty and its importance and to take forward the call to protect the earth that we share.

Like clean air, pristine water or rich biodiversity they are often taken for granted, at least until they become scarce. ‘Ecosystem services’, from insects pollinating fruit trees to the leisure, health and spiritual benefits of a hike up a Himalayan valley or Western Ghats mountains. This year’s theme invites us to think about how we are part of nature and how intimately we depend on it.

The bio-diversity club was able to organize a series of activities because of the support of KSBB (Kerala State Biodiversity Board), Thiruvananthapuram an institution that is committed in inculcating scientific, technological & conservation practices in Biodiversity conservation.

The World Environment Day celebrations 2017 were observed in various ways with the purpose of inculcating a passion to protect and care for the biodiversity of Sasthamcotta Lake (Ramsar site).

Biodiversity Club has started the preliminary works for the preparation of an account of the" Flora of Sasthamcottah Lake".

The student members of the club take an active role in the various activities of the club such as planting trees, campaigning for the plastic-free campus, water conservation and protection of Sasthamcotta lake, formation and the operations of the Green Army, etc.

A One day Seminar entitled “A Perspective on Plant Diversity” and “Ground water: The real hidden Treasure”   has been conducted on 30th January 2017, at Digital Seminar Hall, D.B College, Sasthamcotta. This workshop has been sponsored by Kerala State Biodiversty Board (KSBB) Thiruvananthapuram .Biodiversity  Club of D.B College , Sasthamcotta, Kollam  conducted a Seminar on the topic “Plant Diversity and Ground water ”on  January 30 , 2017. The seminar was sponsored by Kerala State Biodiversithy Board (KSBB) Thiruvananthapuram, Government of Kerala. On the inaugurual function, Dr.K. Mohanakumar (Principal D.B College Sasthamcotta) , he emphasized the role of Biodiversity conservation and its importance in protecting the ecosystem  and he advised students  to come forward to converse the Sasthamcotta lake.

Dr. Kiran Raj M.S, Asst. Professor, S.N College , Kollam, has participated and spoke on the topic: A Perspective on Plant Diversity . In his speech, he emphasized the importance of Plant Diversity and its conservation. Dr. Sreela.S,  Asst. Professor, S.N College, Varkala has participated and she gave a talk  on the topic: Ground water: The real hidden Treasure”.  The entire session was an interactive session and the speakers answered many queries raised by the participants.

Biodiversity club has started the preliminary works for the preparation of Biodiversity register and “Flora of the Sasthamcotta lake” in association with Botany department.

Conservation of Biodiversity and impact of hazardous plastic.

One day Seminar entitled “Conservation of Biodiversity and impact of hazardous plastic” has been conducted on 1st November  2017, at Digital Seminar Hall, D.B College, Sasthamcotta. This workshop has been sponsored by Kerala State Biodiversty Board (KSBB) Thiruvananthapuram , Government of Kerala. On the inaugurual function, Dr.K. Mohanakumar (Principal D.B College Sasthamcotta), he emphasized the role of Biodiversity conservation .The key note address was delivered by Prof. P. Radhakrishna Kurup, District coordinator of Kerala State Biodiversity Board. The students participated in the interactive session and put forward ideas regarding reduction in the use of plastic and other biodegradable materials. A documentary film produced and directed by Prof. P. Radhakrishna Kurup based on the protection of coastal belt and mangroves were also exhibited in the afternoon session. 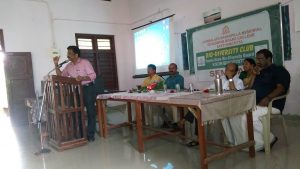 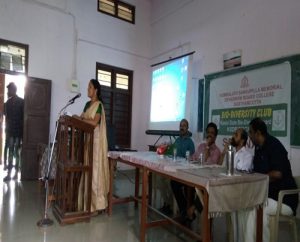 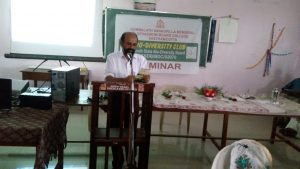 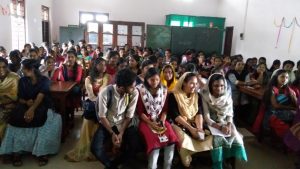 BIODIVERSITY REGISTER: Biodiversity club has started the preliminary works for the preparation of Biodiversity Register and “Flora of the Sasthamcotta lake” in association with Botany department. 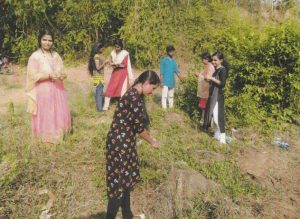 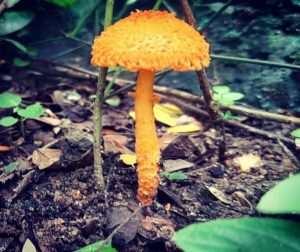 The first step towards conservation is sustainable utilization of biodiversity and its documentation. Biodiversity and associated knowledge is found in different ecosystems, under different legal management regimes and hence the results and manner  of documentation will also differ. Documentation of knowledge of individuals with regard to biodiversity and its uses is an important part of Biodiversity Register. Every effort should be made to identify the persons with proven knowledge of local biodiversity;  special attention should be given to the elderly persons who can also provide informations on the biodiversity which was available in the past but no longer seen at present. The document can be a very useful tool in the management and sustainable use of bioresources. The document can also be a very useful teaching tool for teaching environmental studies at college  level. 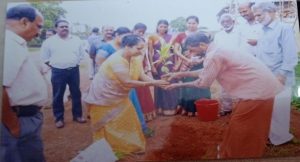 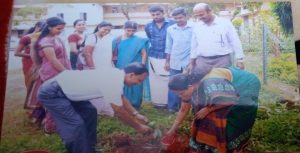