The World Environment Day celebrations kick started on 4th June 2018 Saturday by hoisting the environment day banner at the college courtyard. Followed by that a one day programme was arranged named ‘Tree walk’. The one day workshop began with an inaugural session. Dr. Geethakrishnan Nair, H.O.D , Department of Botany, welcomed the guests. Principal Dr. K. Beena inaugurated the session. Smt. Dhanya S.R . Convenor of College Biodiversity  Club offered felicitation. After that the one day camp had three distinct sessions. In the first session, Smt. Dhanya S.R . Convenor explained the importance of riparian vegetation and its relevance in sustaining life.

A Tree-walk was conducted in the Sasthamcotta lake   premises on 04th June 2018. After that Biodiversity club volunteers shared their experience on  tree walk they have experienced .

An environmental field trip was arranged for club members on 5th  June 2018 to the banks of  Sasthamcotta Lake for cleanliness drive . Total 35 Biodiversity club members have participated in this event. 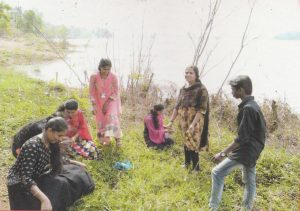 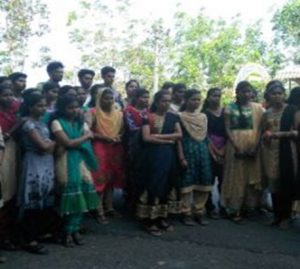 The sanctuary has thick forest cover and is also noted for many exotic plants, some of which are medically important. Four different types of vegetation have been found in Shenduruny. They include: West Coast tropical evergreen forest, West Coast tropical semi-evergreen forest, Southern moist mixed deciduous forest and the Southern hilltop tropical evergreen forest. Of these four, the tropical evergreen forest comprises one fourth of the total Shenduruny forest area.The Shenduruny forest, which was declared a wildlife sanctuary in 1984, gets its name from an endemic species of tree called Chenkuruny or Shenkuruny (Gluta travancoria). In the central region of this moist, mixed deciduous forest, spread over a hilly terrain of over 100 sq km is the 26 sq km artificial lake formed by the Parappar dam built across the Shenduruny and Kulathupuzha rivers. 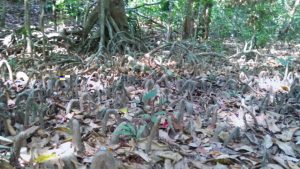 RAPID ASSESSMENT SURVEY ON IMPACT OF FLOOD ON BIODIVERSITY-AUGUST 2018

A Joint team of subject experts Ms.Dhanya S.R ,Asst. Professor in Botany (Biodiversity club convener ) , Dr. Manju.M  , Asst.Professor in Zoology and 5 Biodiversity club members( Rahul.S , Adarsh.M, Jegath.S , Arun.P and Sonu.S ) with representation  from KSBB was constituted to conduct a rapid impact assessment of floods in Munroe Islands. The team visited the affected areas and data was collected in a prescribed format using Open Data Kit software. Our team visited the affected areas in Munroe Islands to understand   the extent and the nature of damage and record the findings.

FLOOD ASSESSMENT SURVEY ON IMPACT OF BIODIVERSITY IN MUNROE ISLANDS-2018 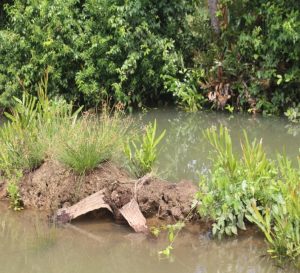 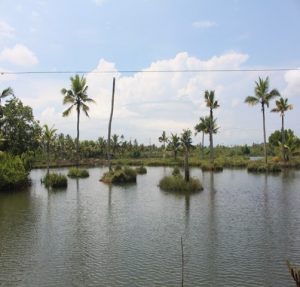 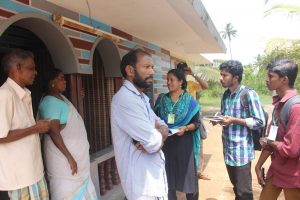 Assessment survey on impact of flood in Munroe Islands 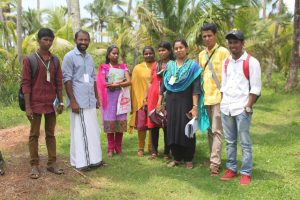 Our team in Munroe Islands 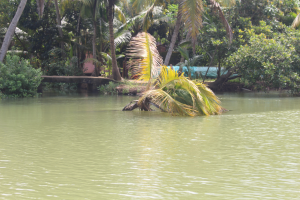 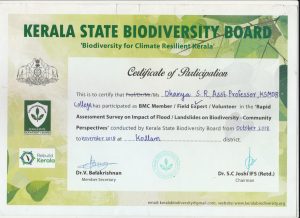 Invasive alien species occur in all taxonomic groups, including animals, plants, fungi and microorganisms, and can affect all types of ecosystems. While a small percentage of organisms transported to new environments become invasive, the negative impacts can be extensive and over time, these additions become substantial. A species introduction is usually vectored by human transportation and trade. If a species’ new habitat is similar enough to its native range, it may survive and reproduce.

The Biodiversity Club conducted the documentation of invasive alien species of Sasthamcotta lake which affect riparian natural vegetation of this fresh water lake in October 2018. The Biodiversity Club members attended the field trips  to identify the invasive alien species.  Students visited and collected samples from different areas of Sasthamcotta lake . 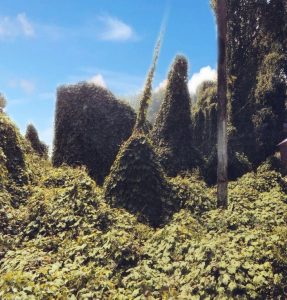 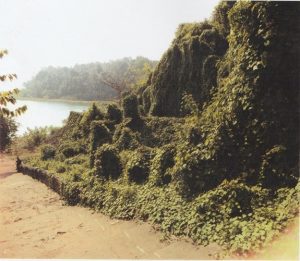 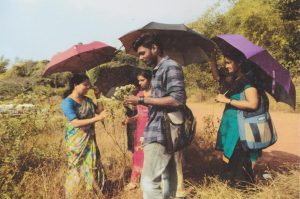 The medicinal plants exhibition stall was inaugurated by Dr. K. Beena , Principal , K.S.M.D.B College, Sasthamcotta. The main attraction of the exhibition was exhibiting nearly 100 rare medicinal species, and explaining their use and the important phytoconstituents present in them.  The nutritive value of common fruits, pulses, cereals were also displayed. 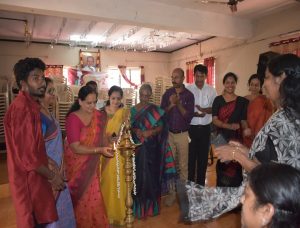 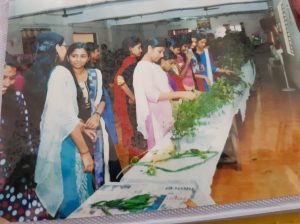 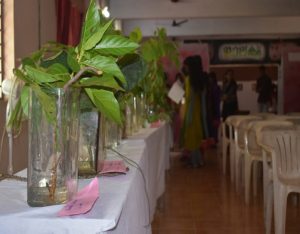 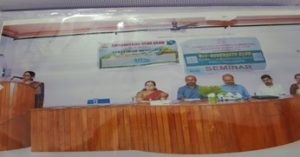