Well water samples from different localities were analyzed for preliminary screening. Those samples tested positive were further subjected to microbiological analysis in CEPCI (Cashew Export Promotion Council of India) for testing total coliforms and the two subgroups thermotolerant fecal coliforms and E.coli. The result indicated that the water tested was contaminated highly with fecal materials.Water pollution caused by fecal contamination is a serious problem due to the potential for contracting diseases from pathogens. The presence of pathogens is determined with indirect evidence by testing for an “indicator” organism such as coliform bacteria. Coliforms are easy to identify, are usually present in larger numbers than more dangerous pathogens and respond to the environment, waste water treatment and water treatment similarly to many pathogens. As a result, testing for coliform bacteria can be a reasonable indication of whether other pathogenic bacteria are present.

Thus, the public people around the locality were advised to take proper measures to solve the coliform problem. It can sometimes be solved with relatively simple actions like chlorination, boiling, and adding disinfectants. Thus awareness programs were conducted to revive the quality of Sasthamcotta lake 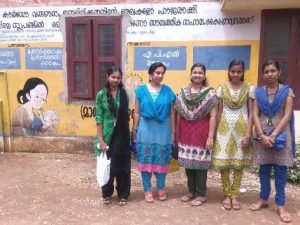 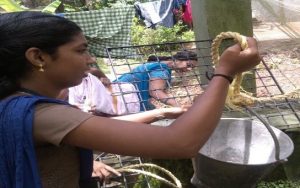 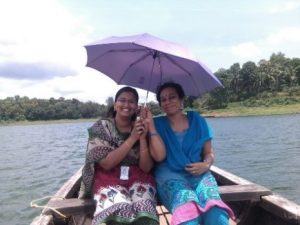 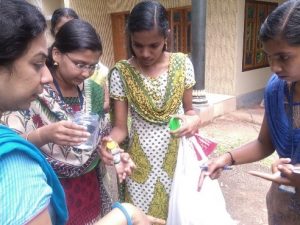 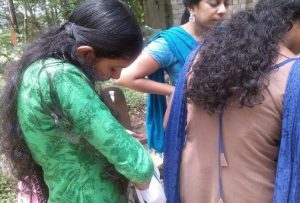